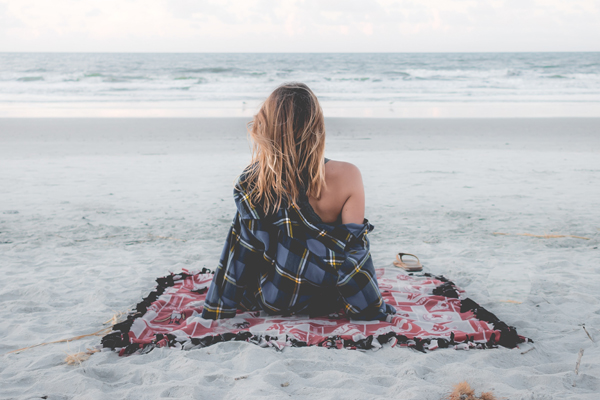 “My biggest takeaway from the sessions with you was that I invested time in myself!” One of my clients just completed a coaching program with me. Over the course of eight weeks, she went from being completely overwhelmed, to creating a life with less pressure and more time for meaningful relationships.

I hear from a lot of stressed out working women who say they simply have no time to invest in themselves, and I know how hard it can be. These days, I block out time in my calendar so I can recharge regularly, but it was not always like this.

“I have to get on that plane NOW!” I screamed so that my jaw was shaking. The woman at the Air Berlin counter in front of me tried to calm me down. There was not much she could do about the delayed plane to Mallorca.

I left the counter feeling as if someone had just ruined my whole life. My legs felt like they had turned to stone. I slowly moved towards the airport restaurant where I comforted myself with a black coffee.

When I sat down I could feel my throat burning, I pressed my teeth together and swallowed a scream.

I reached for my bag to look for my notes about the yoga retreat I was going to. My plan was to share a taxi from the airport with a group of participants, but now my flight was delayed.

Emboldened by caffeine and adrenaline, I stood up and went back to the counter.

“You don’t understand, I have to be in Palma in three hours, people are waiting for me there!”

I could feel the line growing longer behind me, but I was determined. I had done difficult things before, maybe I could convince this impatient ticket agent to put me on another plane.

No matter how much I pushed, I was told to sit down and await further information.

Regardless of how much I tried to hold it together, I couldn’t. I felt tears pressing beneath my eyelids. Out of fear of being alone with my emotions, I called my husband. But instead of letting him comfort me, I somehow made him partly responsible for the delay of my flight.

I added another layer of aggression on top of my sadness.

“You have about a 30 percent chance of getting pregnant,” the doctor had said to me three months earlier in the fertility clinic. Her voice sounded like she was talking through a wall, though she was sitting right in front of me. I squeezed my crossed legs tighter together and held my breath. I didn’t hear what she said next — a common behavior when I receive bad news.

In the coming months, I frantically did whatever I could do to be within that 30 percent window. The problem was, it was exhausting!

When I finally found something that could help me relax — a yoga retreat in Mallorca, I was massively exhausted and burned out from all the pushing and forcing.

Imagine a world where our value is not based on how well we hold everything together.

I know you’re thinking you don’t have time to invest in yourself. I see you rushing from one appointment to another, trying to squeeze in a massage or a manicure in between. I get it. I’ve been there. Don’t wait til you’re screaming into your coffee cup waiting for the retreat you’ve left too long to really benefit from.

I know you’re anxious that seeing a coach or a therapist will be one more thing on your to-do list. But maybe it’s exactly what you need to start creating that post-yoga-retreat feeling in your every day.

I want you to know that pushing less and making more time for just being you sometimes leads you to what you are longing for. 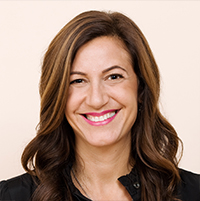 Hi, I’m Katarina, a Life Coach and Psychotherapist helping women who choose to create big shifts in their lives – personal or professional. Welcome to my blog, where I share real-life stories and offer valuable and practical tips for how to live a fulfilled life. Passionate about helping you discover your unique talents and supporting you to create extraordinary relationships with others, as well as with yourself. I also share my wisdom for how to deal with challenges that come your way.

← Previous: How Saying ‘No’ To Others Mean Saying ‘Yes’ To Yourself Next: Life-Learnings From an Extraordinary Year →

Ready to take the first step towards a fulfilling life?

Subscribe to my newsletter to get inspired and get information about future events!